Ark Invest CEO: “$1 trillion is nothing” compared to where Bitcoin is going


Ark Invest CEO: “$1 trillion is nothing” compared to where Bitcoin is going | CryptoSlate 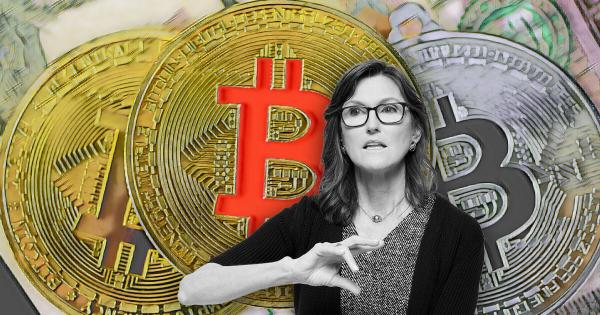 “If we add all of the potential demand relative to the limited supply, we come up with incredible numbers over the long term. We have just begun. One trillion dollars is nothing compared to where this ultimately will be.”

She added that one of the most surprising development recently—which Ark didn’t expect when the company was preparing its institutional report—is that major institutional companies began diversifying their cash reserves with Bitcoin.

“We’ve seen Square do this, Tesla do it, MicroStrategy’s put, I mean, it’s defining its business around it now. And one of the reasons, as Tesla announced yesterday, is it would like to do business in Bitcoin in regions of the world […] where the conversion from one fiat to another is prohibitively expensive.”

This because Bitcoin has become the “first truly new asset class” to emerge recently that has a low correlation with other markets, she argued. Thus, it is attractive since this is exactly the kind of uncorrelated asset investors in all sectors are looking for. Wood noted:

At the same time, Wood urged American investors to refrain from selling and transferring their BTC until the Internal Revenue Service provides them with appropriate guidance. Wood added:

“The IRS has something to say about this, so if you have huge gains in your Bitcoin, I don’t think I would bear much in the way of transactions until we get maybe some changes on the tax front.”

As CryptoSlate reported, Jerome Powell, chairman of the United States Federal Reserve, has recently said that Bitcoin is “essentially a substitute for gold.”

Bitcoin proponents claim that Bitcoin’s security is unquestionable and fears surrounding halving events are blown out of proportion. Critics,...