Bitcoin Pullbacks after Hitting $40K; Will It Resume Its Rally?

Bitcoin posted its first negative open after rising three days in a row and hitting an all-time high above $40,000.

The world’s leading cryptocurrency fell by as much as 7.45 percent during the Asian session Monday, hitting an intraday low of $36,565 before paring its losses ahead of the European trading hours. Its sentimental shift owed to speculative traders who wanted to secure short-term gains near $40,000. 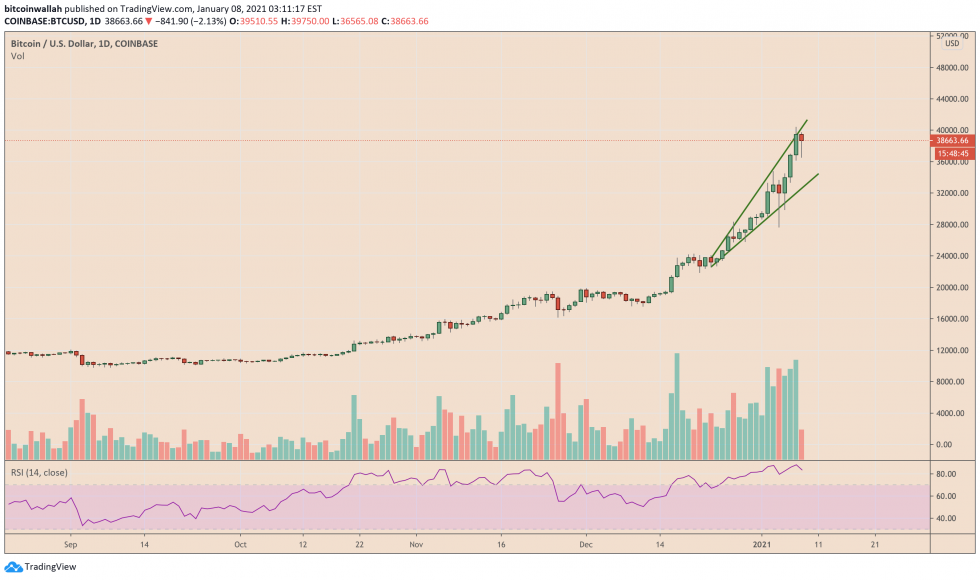 Meanwhile, global investors also placed bets on reflation trades given the recent rise in government bond yields. The yield on the benchmark 10-year Treasury note surged above 1.09 percent for the first time since March. Inflation expectations typically favor Bitcoin’s bullish outlook, but the market appeared to have allocated their capital elsewhere as the cryptocurrency turned too risky to purchase near its overbought levels.

For instance, the US benchmark West Texas Intermediate crude oil prices soared above $51 a barrel on Wednesday after Saudi Arabia decided to cut their production over the next two months. The rise also pointed to the stabilizing economic outlook as investors assessed rising coronavirus infection counts against its vaccine distributions.

But does it signify a reduced demand for safe-havens like Bitcoin in the coming future? Apparently, no. Investors may have to start jumping back into the cryptocurrency market as US President Donald Trump agrees to transfer control to its successor Joe Biden. That coincides with a clear Democratic win on the two seats in the recent Georgia run-off elections.

Owing to it, the Democrats now control Congress. That paves the way for the Biden administration to pass the additional fiscal stimulus, beginning with a direct $2,000 check for Americans battling with the coronavirus pandemic’s economic aftermath. Many strategists, including those at JPMorgan & Chase, envision the Bitcoin price to close above $100,000 amid aggressive government spending.

“I am expecting Bitcoin and tech stocks to double again in the next 6-9 months,” said Immad Akhund, the CEO/co-founder of Mercury in San Francisco. “It is clear that we are in an asset bubble fueled by fiscal stimulus, low-interest rates, and ironically higher disposable income in the pandemic.”

“[It] probably won’t end well but enjoy the ride on the way up,” he warned, nonetheless.

More warnings came from analysts based on technical indicators. One of them—a pseudonymous entity—spotted Bitcoin in a Rising Wedge channel, which typically signals a bullish-to-bearish rollover following a sharp pullback. Eventually, it pushes the price as low as the maximum height between its channel’s upper and lower boundary. 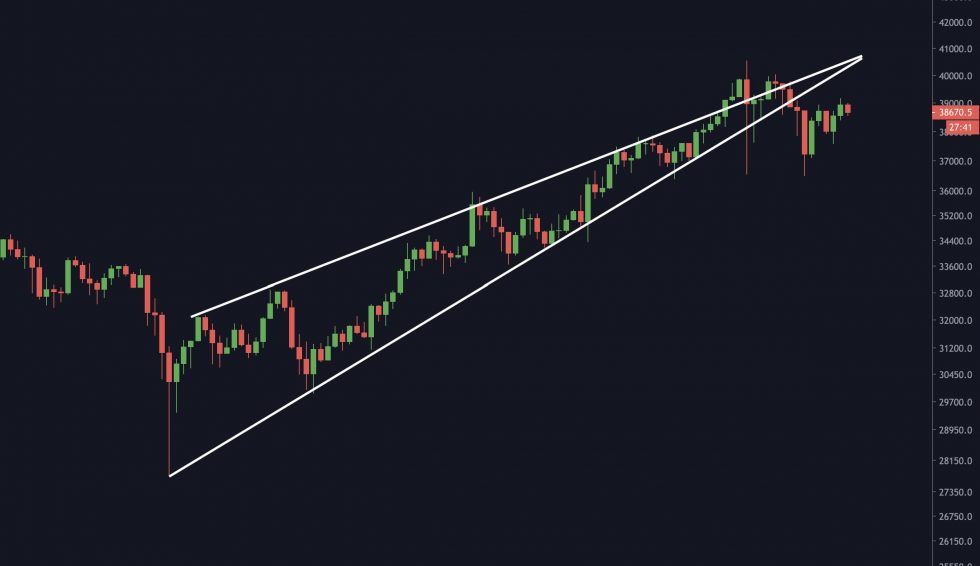 “We had a fake-out, M-pattern, and breakdown,” the analyst said. “I am getting cautious unless Bitcoin breaks the all-time high again.”